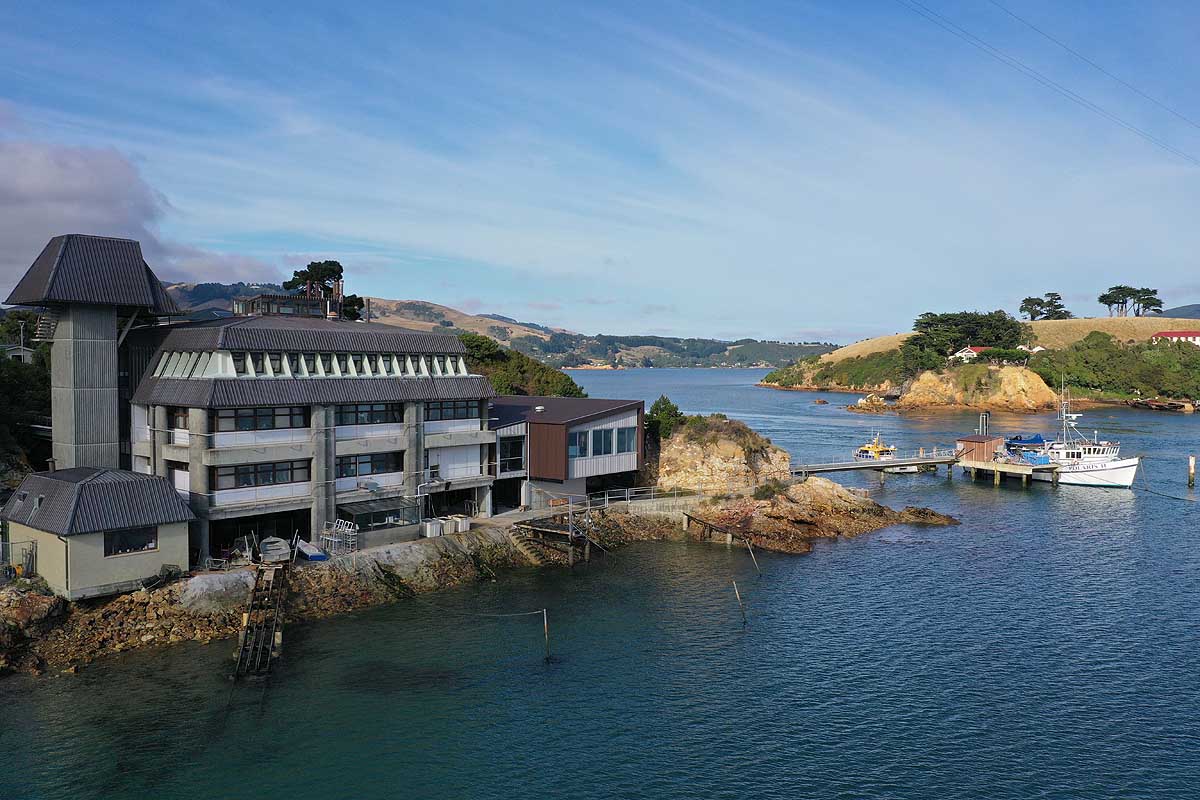 Almost 60 years of manual measurement of Otago Harbour’s seawater by the University of Otago is now getting an important technology update thanks to Adroit.

Measurements of ocean surface temperature have been collected manually at 09:00 AM daily since 1953, from a pier at the Portobello Marine Laboratory in the Otago Harbor. This is a globally significant data set that forms one of the longest continuous in-situ daily ocean temperature records in the Southern Hemisphere.

The data provides a record of local and national significance for monitoring, understanding and predicting marine environmental change, and in a shallow water ecosystem that’s common around
New Zealand.

the data’s global significance is because there is a scarcity of long-term records of in-situ daily temperature.

Lecturer in the Department of Marine Science, University of Otago

“We have daily temperature information from satellites, but those data sets only stretch back to the early 1980’s. So, our long-term records are really important for understanding climate variability and

change, and it’s very hard to attribute change unless you have a multi-decadal data record,” Dr. Smith says.

“And what the data is telling us is that waters around the South Island of New Zealand have warmed significantly over the past 50 years or more, and we’re currently undertaking research using this temperature data set into trends and drivers of marine heatwaves around New Zealand”. 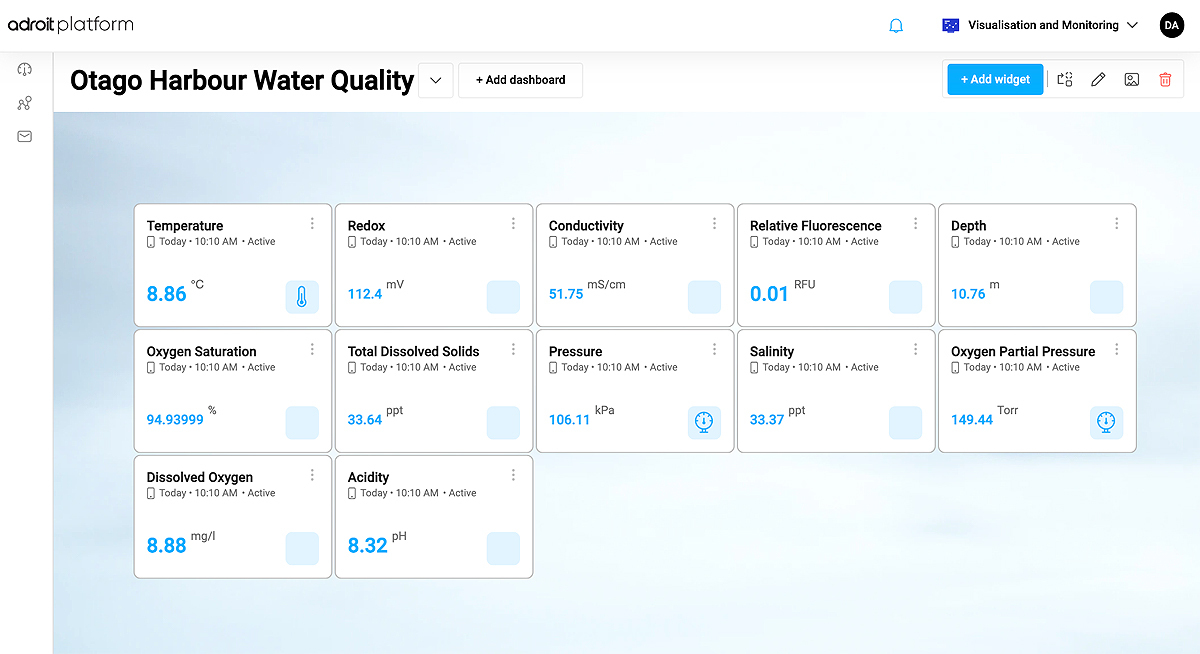 Originally the Department of Marine Science only measured daily temperature, daily meteorological observations, and a daily biological time series, related to sightings of the squat lobster, Munida gregaria, and whether or not they’re present in the Harbor.

This was later updated to add 15-minute dissolved oxygen and temperature data in 2011, but that is semi-automated in that someone has to download it every month, and data were not publicly available.

So, in July, Adroit installed, at the same pier where they take their temperature reading, a Libelium Plug & Sense data logger and In-Situ multi-parameter sonde. The sonde contains four sensors, which measure parameters including temperature, salinity, pH, chlorophyll-a and dissolved oxygen sitting at a one-metre depth inside of the channel. It takes a measurement every hour and transmits the data via the Spark IoT network to the Adroit Platform hosted on AWS. 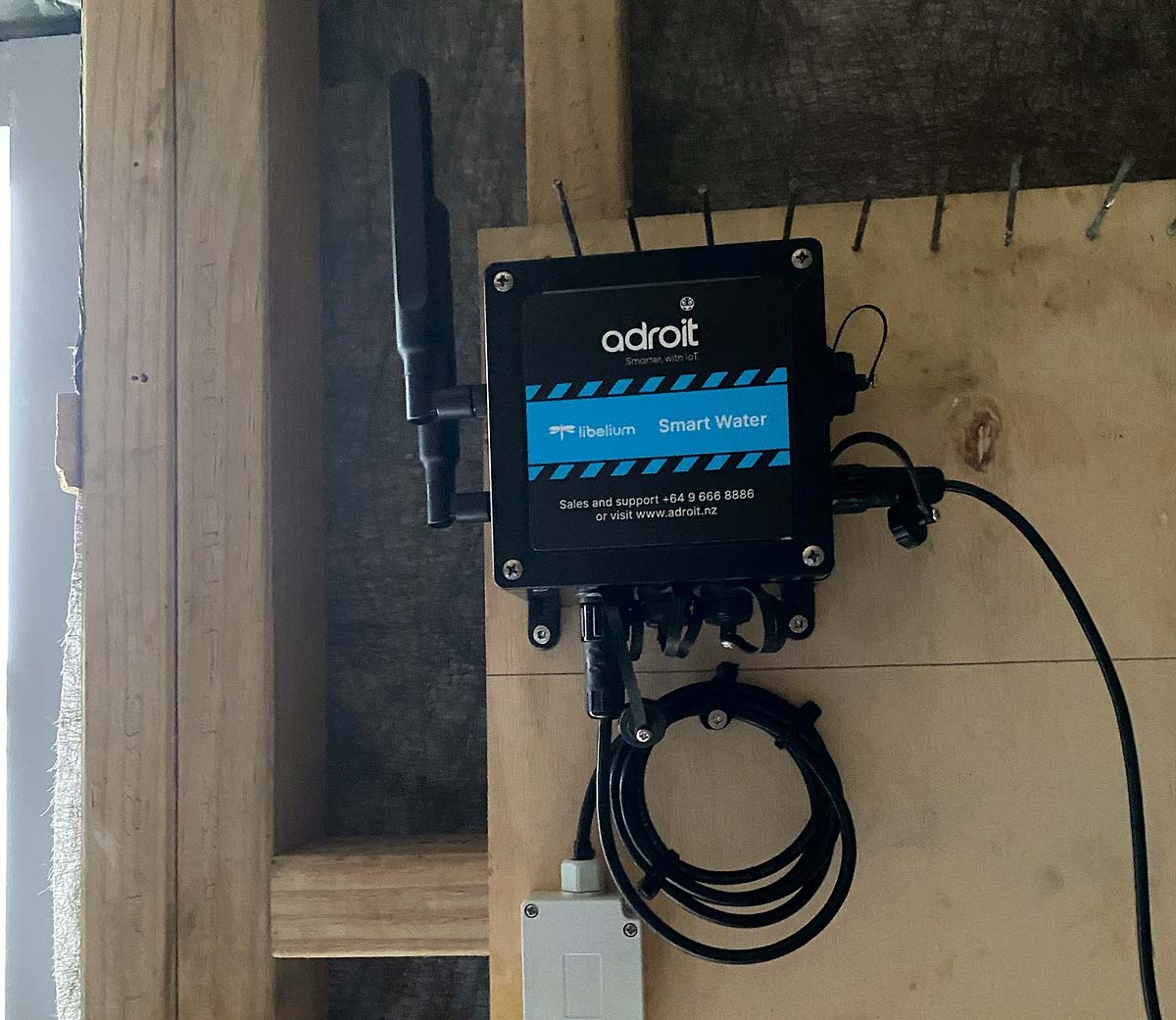 Dr. Smith and his team are excited by the opportunity the Adroit system presents. “It’s obviously quite early days, but we’re really excited to be able to monitor, to start to utilize, and also share a broad range of water quality parameters and also climate stressor data from the Portobello Marine Laboratory, and do so in near real-time. “We’re particularly excited because we aim to enhance access to research quality ocean data through a range of different stakeholders – this type of long-term real-time information about the local ocean environment, is sought-after, not only for academic research and in the University of Otago teaching programs, but also by the Otago Regional Council and the Department of Conservation, local iwi, community groups, marine farmers, commercial and recreational fishers,” Dr. Smith said. Dr. Smith anticipates that having this new equipment will support new research and collaboration across different disciplines that seek to understand, predict, and also mitigate marine environmental change in New Zealand. It also presents new opportunities for the Department of Marine Science to partner with industry on research collaborations, providing exciting education and community engagement opportunities with a wide range of users of the Otago Harbor. “There’s a lack of real-time ocean data available around New Zealand. As an oceanographic community, we are working on this proactively and plan to partner this data collection with other New Zealand Universities, research institutes, regional councils, through a network of ocean monitoring sites around New Zealand. 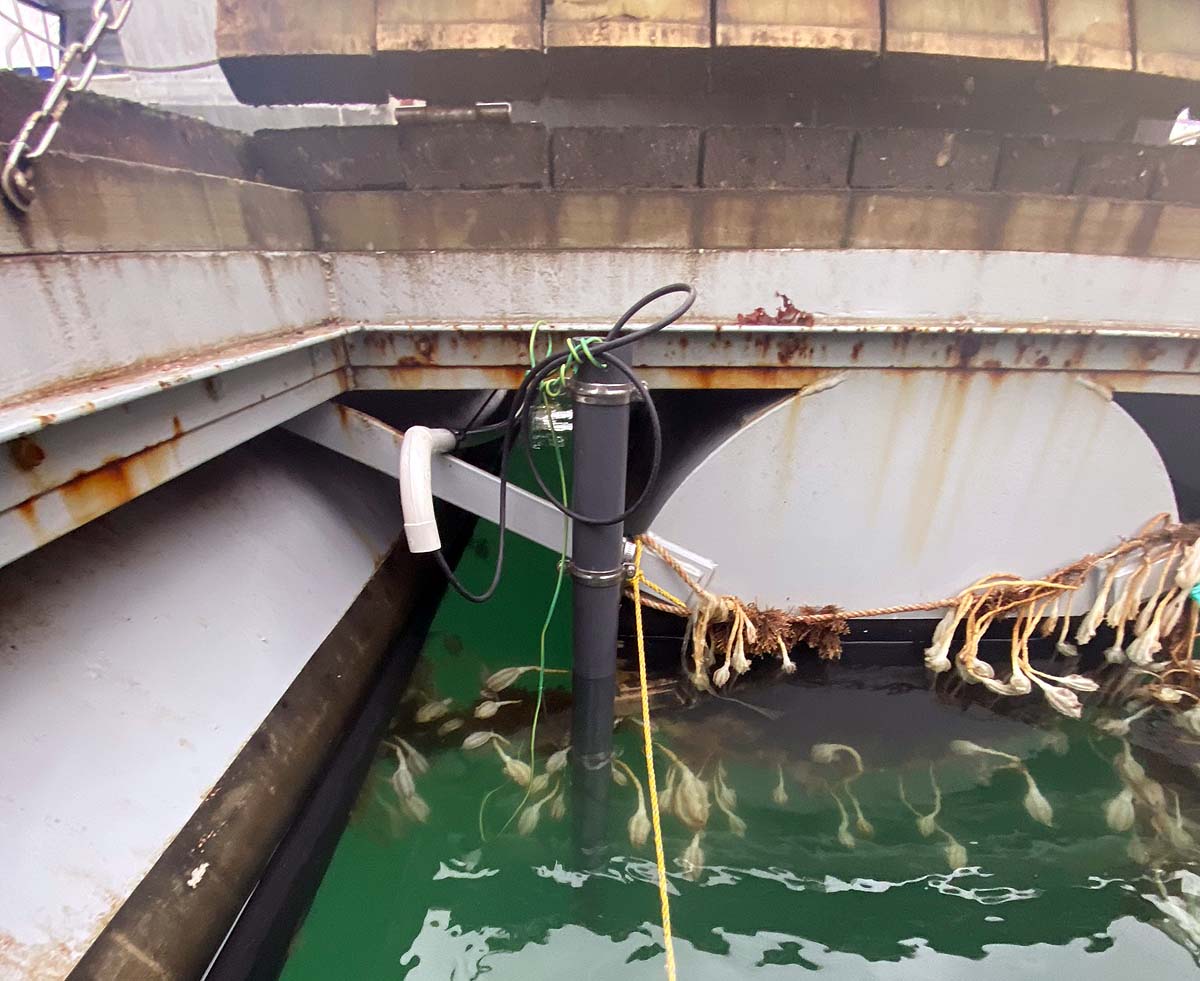 “This type of real time ocean conditions measurement is now common in other western nations. Australia, as an example, has a well-established national ocean observing system. New Zealand lacks a nationally coordinated ocean observing system, but we as an oceanographic community are trying to work toward that. “I just really wanted to acknowledge a couple of folks in helping get this stuff set up, because there’s no way we would’ve been able to do it without them. One of them is the Department of Marine Science at the University of Otago that’s providing funding to support this equipment. There’s also the Future Ocean Research Theme at the University, and they’ve provided some research funding towards this. “There was also a very kind private donor Roger Belton, Managing Director, Southern Clams who contributed towards the funding of this equipment. It was an incredibly kind donation towards our research program.” 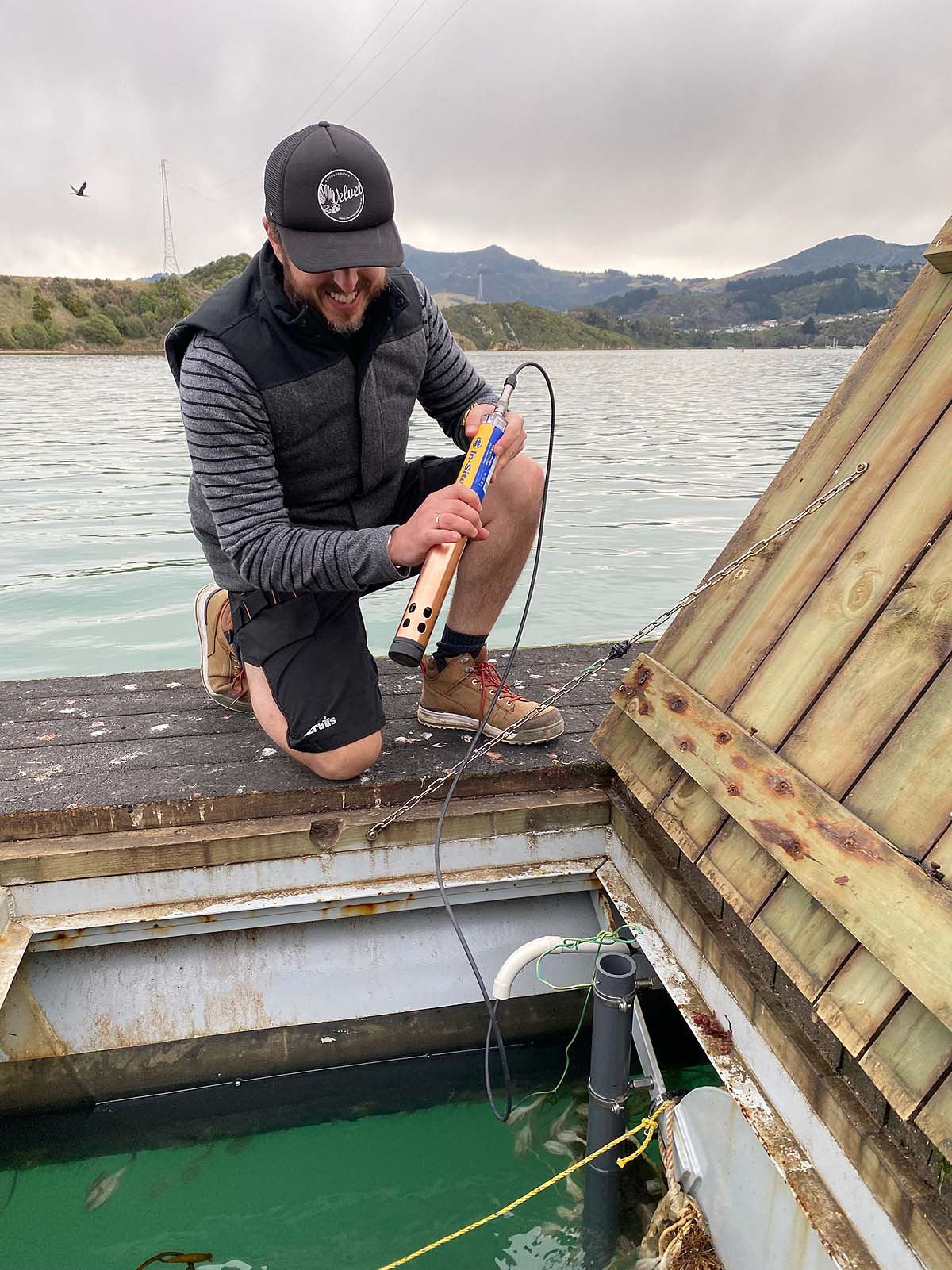 Dr. Smith has enjoyed Adroit’s input into the project and the expert knowledge they provided.

“And I think we’re just really stoked to be able to provide researchers, public, and also industry with this free, reliable access to water quality information from a Harbour in near real-time,” Smith says.

Real-time and historical data from the new sensors will be made freely available to the public and researchers via a University of Otago webpage that will be launched in early spring 2021, following the completion of a commissioning and testing phase of the new equipment.

Pictured: The Portobello Marine Laboratory in Otago Harbour where the Adroit team installed the water sensor.

Keep up to date with the exciting developments and current projects by joining the Adroit Newsletter. We have a zero spam policy!