I founded Adroit to solve out of frustration of devices in the world not been able to communicate better, a few years later we coined the phrase Internet of things, THE IoT, and “what is IoT?” is a question I’m asked all the time. Generally, overly technical answers to that question only produce more confusion and questions. In part to be able to have conversations about what I do for a living with family, friends and strangers, I’ve worked hard to boil the Internet of Things down to the simplest explanation possible that still does justice to the concept. Here’s everything you need to know about the internet of things.

“What Is IoT?”
If you just Google “what is IoT?”, many of the answers are unnecessarily technical. Case in point:

The Internet of Things (IoT) is a system of interrelated computing devices, mechanical and digital machines, objects, animals or people that are provided with unique identifiers and the ability to transfer data over a network without requiring human-to-human or human-to-computer interaction.

If you just read that and thought, “WTF” you’re not alone. Most people don’t need to dive into the nitty-gritty of IoT. So I’ll provide you with a simple explanation of the Internet of Things and how it may impact you.

The Internet of Things (IoT) Explained: Simply and Non-Technically
How are you reading this post right now? It might be on a desktop, on mobile, maybe a tablet, but whatever device you’re using, it’s most definitely connected to the internet. An internet connection is a wonderful thing, it gives us all sorts of benefits that just weren’t possible before. If you’re old enough, think of your cellphone before it was a smartphone. You could call and you could text sure, but now you can read any book, watch any movie, or listen to any song all in the palm of your hand. And that’s just to name a few of the incredible things your smartphone can do.

The point is that connecting things to the internet yields many amazing benefits. We’ve all seen these benefits with our smartphones, laptops, and tablets, but this is true for everything else too. And yes, I do mean everything.

The “Internet of Things” is actually a pretty simple concept, it means taking all the things in the world and connecting them to the internet.

I think that confusion arises not because the concept is so narrow and tightly defined, but rather because it’s so broad and loosely defined. It can be hard to nail down the concept in your head when there are so many examples and possibilities in IoT.

To help clarify, I think it’s important to understand the benefits of connecting things to the internet. Why would we even want to connect everything to the internet?

In the Internet of Things, all the things that are being connected to the internet can be put into three categories:

Things that collect information and then send it.

Things that receive information and then act on it.

Things that do both.

And all three of these have enormous benefits that feed on each other.

1. COLLECTING AND SENDING INFORMATION
This means sensors. Sensors could be temperature sensors, motion sensors, moisture sensors, air quality sensors, light sensors, you name it. These sensors, along with a connection, allow us to automatically collect information from the environment which, in turn, allows us to make more intelligent decisions.

On the farm, automatically getting information about the soil moisture can tell farmers exactly when their crops need to be watered. Instead of watering too much (which can be an expensive over-use of irrigation systems and environmentally wasteful) or watering too little (which can be an expensive loss of crops), the farmer can ensure that crops get exactly the right amount of water. More money for farmers and more food for the world!

2. RECEIVING AND ACTING ON INFORMATION
We’re all very familiar with machines getting information and then acting. Your printer receives a document and it prints it. Your car receives a signal from your car keys and the doors open. The examples are endless.

Whether it’s a simple as sending the command “turn on” or as complex as sending a 3D model to a 3D printer, we know that we can tell machines what to do from far away. So what?

The real power of the Internet of Things arises when things can do both of the above. Things that collect information and send it, but also receive information and act on it. 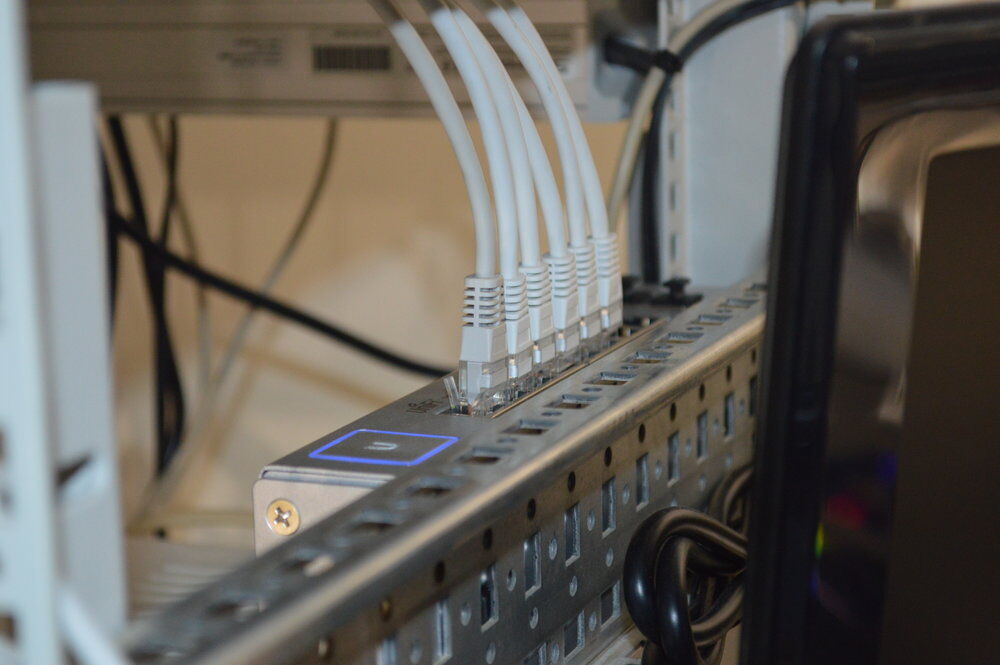 Let’s quickly go back to the farming example. The sensors can collect information about the soil moisture to tell the farmer how much to water the crops, but you don’t actually need the farmer. Instead, the irrigation system can automatically turn on as needed, based on how much moisture is in the soil.

You can take it a step further too. If the irrigation system receives information about the weather from its internet connection, it can also know when it’s going to rain and decide not to water the crops today because they’ll be watered by the rain anyways.

And it doesn’t stop there! All this information about the soil moisture, how much the irrigation system is watering the crops, and how well the crops actually grow can be collected and sent to supercomputers that run amazing algorithms that can make sense of all this information.

And that’s just one kind of sensor. Add in other sensors like light, air quality, and temperature, and these algorithms can learn much much more. With dozens, hundreds, thousands of farms all collecting this information, these algorithms can create incredible insights into how to make crops grow the best, helping to feed the world’s growing population.

Your Takeaway Definition of IoT

What is IoT?: The internet of Things, or “IoT” for short, is about extending the power of the internet beyond computers and smartphones to a whole range of other things, processes and environments. Those “connected” things are used to gather information, send information back, or both.

Why does IoT matter?: IoT provides businesses and people better insight into and control over the 99 percent of objects and environments that remain beyond the reach of the internet. And by doing so, IoT allows businesses and people to be more connected to the world around them and to do more meaningful, higher-level work.