Adroit Joins with MyEnviro and Qrious to Support the Ultimate Farming Environmental Platform.

MyEnviro is an ambitious project to provide Kiwi producers and regulators with the data they need to make positive changes to farming and how it interacts with New Zealand’s natural environment. 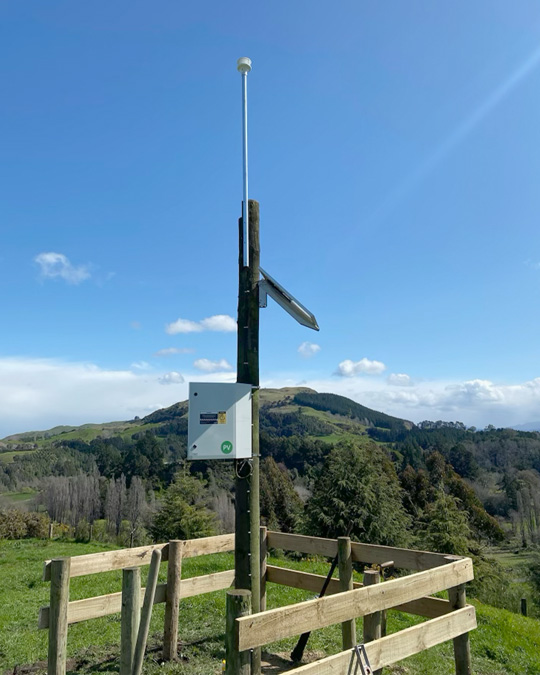 They’re achieving this by creating a digital Farm Environmental Footprint, and Plans, and integrating real-time, verifiable data and analytics on the things that matter – soil health, water quality, emissions, fertiliser use, pasture growth and more – and making it all available on one dashboard. Founder and Managing Director of MyEnviro, Brent Paterson, says his ambition is not only to inform farmers of the impact of their own farming activities but to give them the information they can use to prove progress to their regulators, supply chain partners and the consumer.
Rather than coming from a defensive position environmentally, what we set out to do with MyEnviro is to help the farmer to get out in front of environmental scrutiny – to prove they aren’t part of the problem.
Brent Paterson 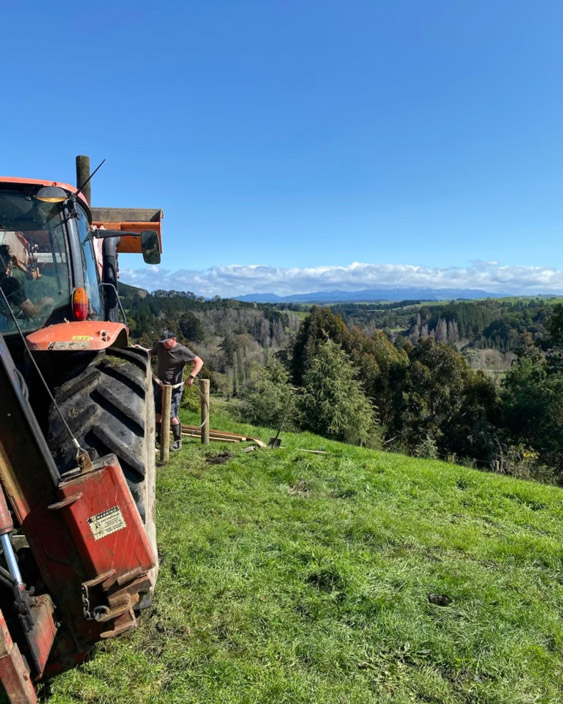 In October, Adroit installed a full Catchment Monitoring System for MyEnviro in a Mangaone catchment to feed into the MyEnviro platform. The chosen catchment, comprising approx. 25,000 hectares is part of a wider group called ‘the TANK’, which is an acronym for the four different rivers in Hawkes Bay, including Tūtaekurī, Ahuriri, Ngaruroro and Karamū. The area is a good example of a mixed enterprise catchment – it includes dairy (including organic), sheep and beef farming and forestry. In all, there are 25 farms (including Paterson’s own farm) connected to it, including organic dairy farms, and regenerative sheep and beef farms. Working with MyEnviro, Adroit installed a full suite of sensors, comprising an In-Situ sensor monitoring water PH, dissolved oxygen, conductivity and temperature, plus an s::scan sensor measuring nitrates, suspended solids and turbidity. A full weather station, and 2x soil moisture sensors complete the package. Data from the sensors is uploaded to the Adroit Cloud via the Spark Cat-M1 network where it is combined with geographical visualisation data provided by Qrious. 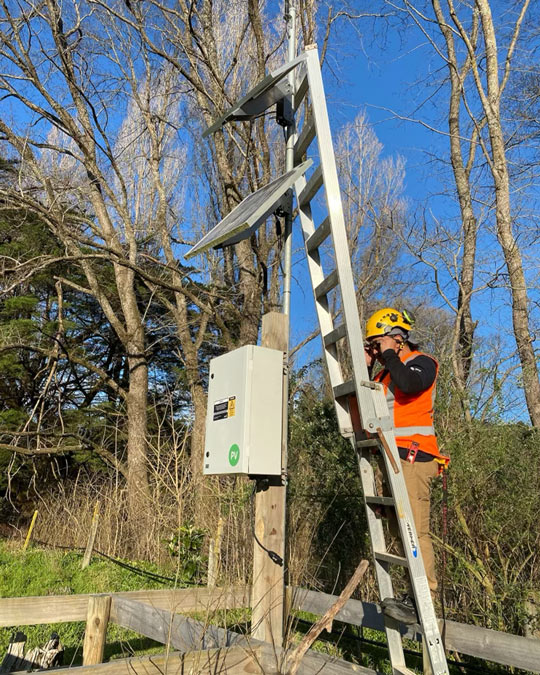 The result is New Zealand’s first complete dashboard showing all environmental data combined with farm plans of those impacting a catchment. Brent Paterson says his ambition with MyEnviro is to go “beyond compliance”. “Just achieving compliance is a pretty simple thing in our mind. So, it’s the ‘positive, promotional, beyond compliance’ space we want to be operating in.” “Farmers feel beaten up. But I think they haven’t had a really simple, but sophisticated way to demonstrate what they’ve done for the environment. We’re not about protecting poor performance – we are about promoting excellence,” he says. “If you want access to premium markets, provenance is a big thing and how you treat the environment’s a big thing,” he says. Paterson points to the fact that other industries have had to take a step up to higher standards of regulation and compliance, including the finance and real estate industries – where regulation comes in for the betterment of the country. Now, he says it’s the farmer’s turn and it’s an important step to take.

The Importance of Data

Paterson says he and his other shareholder, David Poole always had a clear understanding that they needed real and near-time data to inform on farmers and catchment progress, and that meant sensors in the rivers and soil, measuring Nitrates, weather, location of cultivation, applying fertiliser and many other applications.
If we’re to help manage the environment, we need to understand cause and effect. What we’re trying to do is create a connection between the farmers’ understanding of that information and what they’re doing on the land to join that loop,
Brent Paterson

“Spark were the obvious partners for that. We need connectivity, data analytics and secure data storage. They also introduced us to Adroit, which has been really good,” he says. Paterson says it was important to get the sensors in place before starting the bulk of the changes needed on the farms feeding into the catchments. “If we put it in after we’d done all the work, we would’ve missed that opportunity. The sooner we can get these things in , the better. Otherwise, everything’s going to be fixed and we’re not going to be able to tell a story about the difference we’ve made. “So, now everyone’s got access to our platform and their farm. What we’re going to do now is take the farms on a journey through improving the environmental footprint via planting our riparian fencing, erosion management control – to understand over time how that affects the river, the quality of the water and the temperature, dissolved oxygen and all those sorts of things that we’re measuring now,” he said. 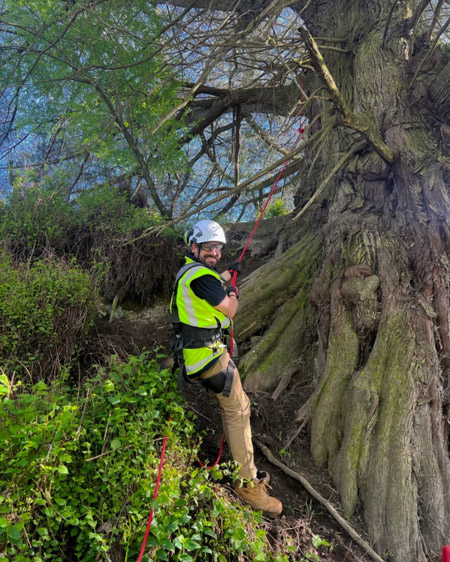 David Poole says having a fully digitised footprint, on a secure platform is going to be a game changer for the farmer. “Everybody in New Zealand who’s farming more than 20 hectares needs a Farm Environmental Plan or Freshwater Farm Plan by 2025. It is likely that farming activities will be linked to those plans. Those plans are not just about the farmer, but about the catchment as well,” he says. Paterson says that the traditional farm plan written or Word and Excel that would go off to the council and sit in the corner added no real value to the farmer. There is also a huge amount of on-farm intellectual property in a plan.. this needs to stay mostly in the hands of the farmer. “But the moment you go digital with MyEnviro and then joining up with Adroit’s sensors, that digital information is sitting on that plan – it can be a storyboard and it can be updated and you can check on it and you can see from the dashboard what’s going on with the sensors at any given time. “That becomes much more of value to a farmer – rather than setting up an analog feed for just a bit of compliance, the data becomes part of a story. And there’s many people now in farming that want a piece of that, whether it’s a producer group, whether it’s a consumer, whether it’s a regulator, whether it’s a catchment, a lot of people want parts of that information,” he said. The other thing is that if you have a detailed digital farm environmental plan, then an auditor on behalf of the council can audit that plan and see when fertiliser was applied, how much was applied, and where it was applied, through digital tracking. “Farmers are instinctively really good land managers. We’ve always said that the best farmer used to be the most instinctive farmer, but now we think the best farmer is the farmer that’s got really good instinct, and outstanding information. And so, we’re putting those two things together and that’s the new form of excellence in farming, we think.” Paterson says that access to that data will accelerate learning because it’s going to show cause and effect, not just policy or rules. “You’ve got a nitrogen cap at the moment of 190 kilos of nitrogen per hectare per year. So, at some stage you’ve got to use the data and change your practices if you exceed that. Now we’re not running around saying “stop dairying”, we’re just saying that if everybody has the right information then the right decisions will be made.
It’s been an interesting journey and hopefully it’s going to be pretty rewarding for farmers at the other end. It’s been good being involved with Spark and now hooking up with the Adroit team – it’s exciting,
David Poole

Qrious, is a specialist in data-driven innovation, which works with public and private sector organisations on transforming the way they run their businesses – harnessing data, analytics and artificial intelligence. Qrious CEO, Stephen Ponsford says a growing area of work they’re doing is bringing the data from the physical world into digital systems.
In 2019 when we kicked off with MyEnviro, they were wanting to digitise the creation and management of farm plans, and from there an opportunity to leverage the data emerged. By integrating Adroit’s real-time IoT hardware platforms into the MyEnviro platform, there is an ability to visualise and analyse the collected data collected constantly in the real world via the Spark IoT network. “One of the really cool outcomes is that we are able to build a digital twin of the farm of the catchment and geospatially represent that data. This gives users immediate context and enables you to understand immediately what you’re looking at and what the data’s telling you.” “And that’s exciting because then you can zoom in based on alerts of areas of interest to any location within the platform and see and understand exactly what’s happening in that environment at that time.
Stephen Ponsford

Ponsford is excited by what is being achieved by the MyEnviro/Qrious/Adroit partnership – enabled by Spark IoT – and says it has huge potential to roll out across the entire farming network. “When you’re getting real-time data in a geospatial format, creating digital twins of the physical world that allow you to sense, understand and act, you can imagine a future where you really can see the impacts on the environment as they occur – which allows us the opportunity to mitigate them on a timescale that a few years ago seemed unimaginable. “I just think it’s a rockstar use case of how digital technology is actually going to help us in this carbon-zero future. How are you going to mitigate the impacts? Well, it’s going to be through actually understanding the physical world and being able to act in a much more granular and precise way. “It’s exciting. And I think that’s certainly something that I’d love people to think more about. The technology is no longer the barrier, it really is only limited by our imagination, understanding and our desire to implement it,” he says.
Contact an Adroit Specialist