Ben Bayly Serves up Clean Air with His Dishes

When renowned chef Ben Bayly opened his breath-taking new restaurant Ahi in Commercial Bay, Auckland, he faced a unique challenge – how to have a dramatic open fire in the heart of his restaurant kitchen, without smoking out the entire mall.
Ahi literally translates from Te Reo as ‘fire’, a word that usually strikes fear into the heart of any high-rise developer, and Ben’s desire to have the authentic smells and flavours of natural woodsmoke and charcoal meant pushing the limits of the extraction systems in the development. 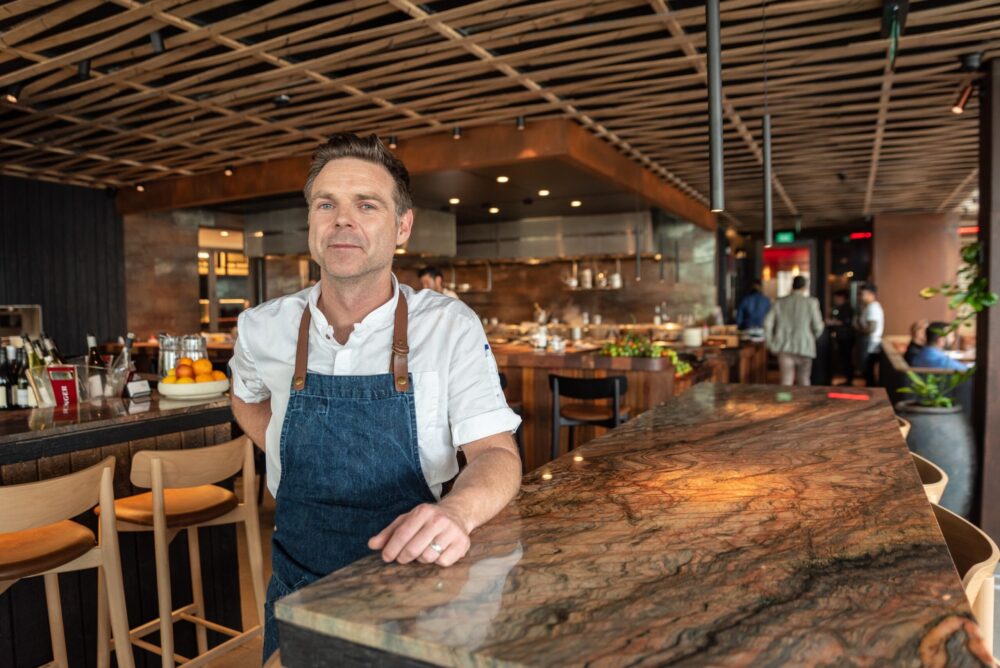 “The whole of Commercial Bay is state of the art, but we’re a small restaurant on the outside corner of the building – a lot of the airflow from the other parts of the building comes through us and escapes out through our windows. Plus we’ve got a showstopping fire, so it’s good to know that the systems are working really well.”

Working with technology company Adroit, Ahi restaurant was fitted with sensors that reported on air quality on a minute-by-minute basis, so the team could track their performance and respond if necessary.

“We see a spike in the data when we light the fire. When we see that happen, we just make sure that all our windows and doors are shut and to allow the extraction to work at its peak, and we can see it drop back to normal,” he said.

It’s great to have that peace-of-mind, Ben says. 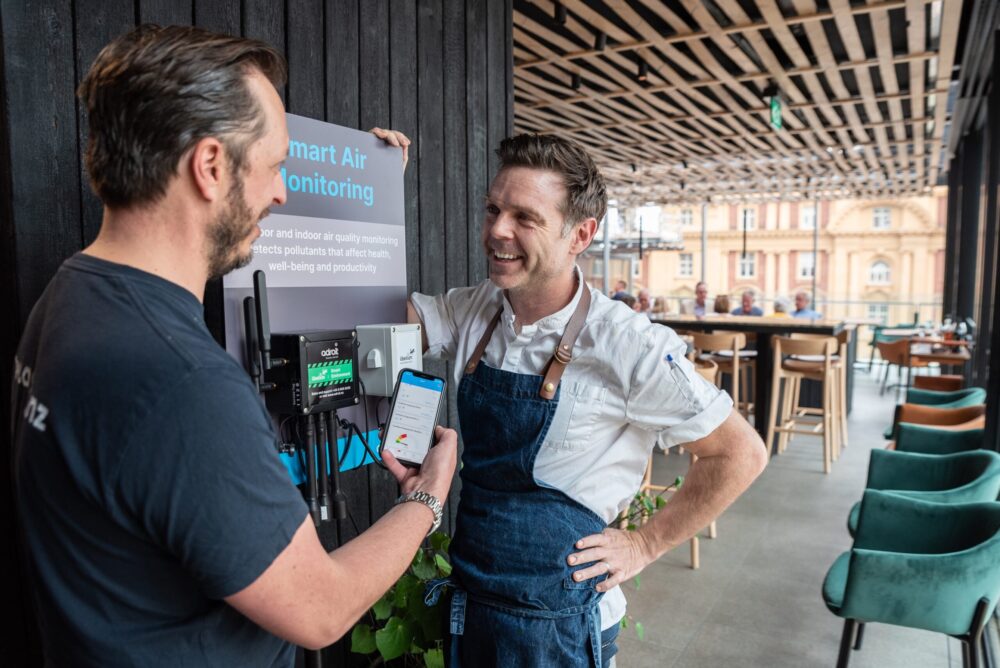 Adroit’s Ulrich Frerk is a Kiwi pioneer in the Internet of Things and installed the system at Ahi – a Libelium Environment PRO data logger specifically designed to measure environmental conditions according to the international standard for outdoor air quality – the AQI (air quality index).

“We worked with Air Matters consultancy to select the correct sensors for the indoor air pollutants found inside of the building, including nitrogen dioxide, carbon monoxide, carbon dioxide, and particle matter, plus a few other ones as well. Anything you would see inside a building that could affect your health, including things that can come in from front doors or through ventilation,” Frerk says.

“We were delighted to see that despite the huge grill, the ventilation that’s inside Commercial Bay is extremely good. It’s a new building, so we would expect that. But it’s good to monitor what the air quality is inside of the building, because then you know when things go wrong, such as when extractor filters need to be cleaned,” he said.

Frerk says that in the eight weeks since Ahi opened, readings show that the particle matter in the air inside of his restaurant is very low, which essential to a healthy environment, but is a measure usually not included in air quality monitoring.

The entire system is connected to an app and can be monitored at all times, even from home. Alerts can also be set up on the system to alert Ben or his team to any sudden change in atmosphere.

“Alerting in the platform can be set to different parameters either on the index or on the individual air quality sensors. So, for example, we could set an alert that says ‘if the particle matter gets to 50 micrograms per cubic metre, send an alert to Ben, myself, and someone else to let them know that there’s a problem in the restaurant at that time’, which they can then go and deal with if they need to.”

“Air quality measurement isn’t new, however, internet-connected air quality measuring is, and we’re expecting to see more restaurants and businesses installing it to make sure that the air is healthy enough for their staff or tenants to breathe.

“It can really affect the performance of staff as well. If your CO2 level is too high, or you’ve got any other type of pollutant, it can cause drowsiness and sleepiness, as well as other serious health effects.

“And there are so many articles on the web that talk about the importance of a restaurant having clean air, because it can affect people’s taste buds. So having clean, healthy air should be a part of good business practice for restaurant owners, to know that people are breathing great air, as well as eating great food and drinking good wine, obviously.”

Another bonus for Ben Bayly is being able to tell the public about the air quality story and show them the sensor or the data in action. 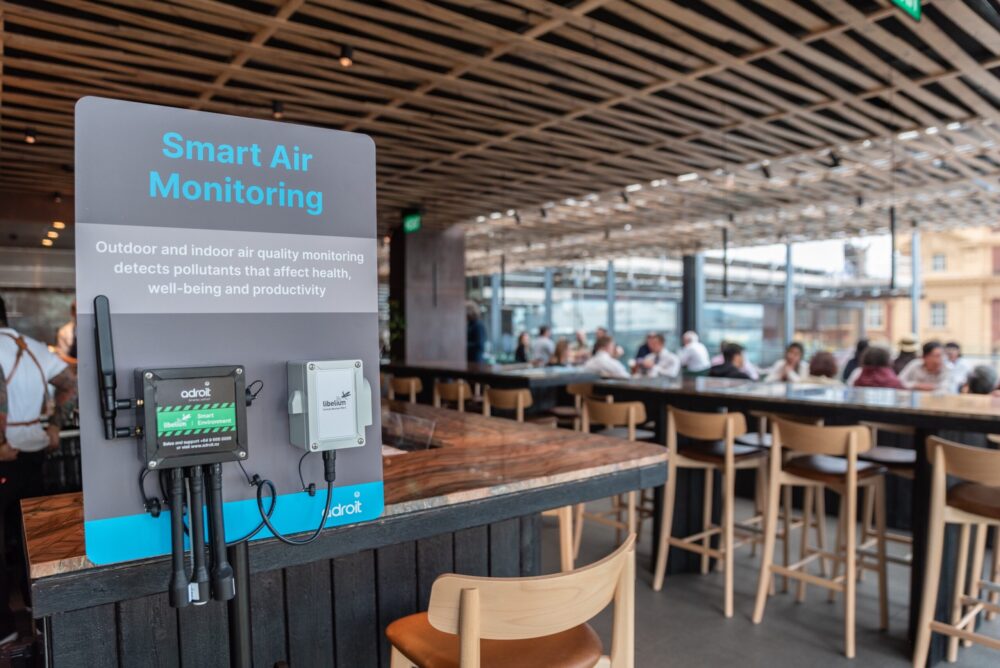 “It’s near one of our entrances, so people are naturally asking what it is. It’s been fun telling them about it. And it’s something that it seems restaurants now need to do, but never considered before,” Bayly said.